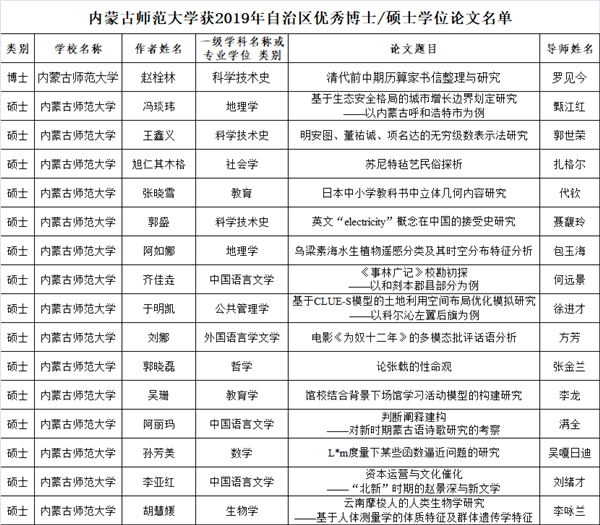 The list of the awards winners and their theses from Inner Mongolia Normal University in 2019 [Photo/imnu.edu.cn]

Of these, "The Arrangement and Research of Letters from Almanacists in the Early and Mid-Qing Dynasty", by student Zhao Shunlin from Inner Mongolia Normal University (IMNU), was rated as an outstanding doctoral dissertation from the autonomous region in 2019 with the ranking of first place.

Officials said the total number of outstanding doctoral and master's thesis awards from IMNU’s rank was second among all the universities and colleges in the autonomous region, and the number of awards had hit a record.