The finals of the 11th College Student Career Planning Competition were concluded at Inner Mongolia Normal University (IMNU) on Dec 15.

Officials said that the event aimed to raise students' awareness of career planning and future employment, improve their employment competitiveness and professional ability, and further promote career development and education planning at IMNU.

Various IMNU colleges selected 11 students to enter the finals. During the competition, contestants analyzed their own interests, hobbies, abilities and characteristics, and made reasoned career plans based on their professional tendencies.

After the game, the judges gave helpful comments and guidance to the contestants, affirmed their clear positioning of future careers, and emphasized the importance of self-awareness in exploring careers.

They encouraged the students to cultivate a strong sense of employment in their future studies at the university, and constantly improve their career plans.

IMNU has made great efforts in promoting employment of its graduates. It held an employment fair at its Saihan campus in Hohhot, Inner Mongolia autonomous region,  April 14.

More than 190 companies from Beijing, Liaoning, Hebei and Shanxi provinces, Xinjiang Uygur autonomous region, and cities across the region participated in the job fair, providing more than 4,000 jobs in a number of professional fields.

According to local media reports, about 5,000 graduates from IMNU and other universities and colleges throughout the region attended the fair.

To promote the employment of graduates from poor family backgrounds and families with national student loans, IMNU has issued preferential admission tickets to job fairs to graduates from disadvantaged groups to ensure they are given a fair shot at finding a job. 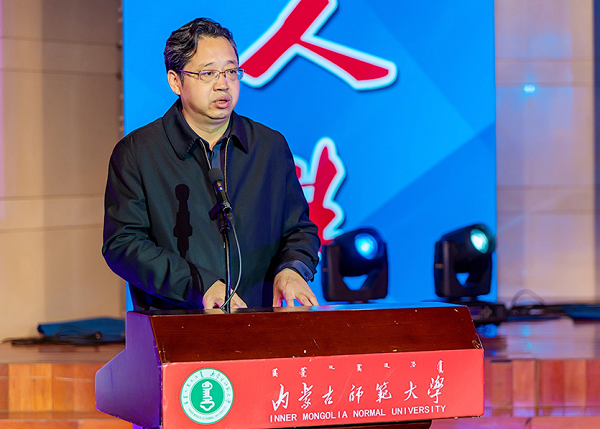 Contestants analyze their interests, hobbies, abilities and characteristics, and explain their career plans to judges during the competition. [Photo/IMNU]