A delegation from neighboring country Mongolia led by Sonintogos Erdenetsogt, president of the Mongolian State University of Arts and Culture – or MUAC -- visited Inner Mongolia Normal University recently, in a bid to forge closer ties.

The meeting at IMNU took place at its campus in Hohhot,  capital of North China's Inner Mongolia autonomous region, on Nov 21.

Yun Guohong, president of Inner Mongolia Normal University, met with the MUAC leader. The two sides briefed each other on their latest developments and reviewed teacher-student exchanges and academic and existing scientific research ties at the meeting.

They both agreed to expand current links between the two universities in student education and teacher training.

Local officials said MUAC is widely acknowledged as the largest and leading university in the field of culture and arts in Mongolia. 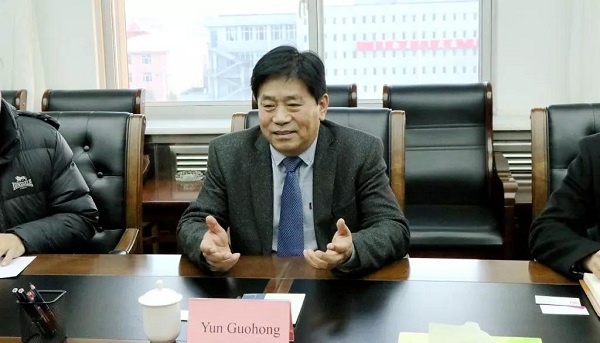 Yun Guohong, president of Inner Mongolia Normal University, talks about the latest developments made by IMNU during the meeting with the delegation from Mongolian State University of Arts and Culture on Nov 21. [Photo/WeChat account of IMNU] 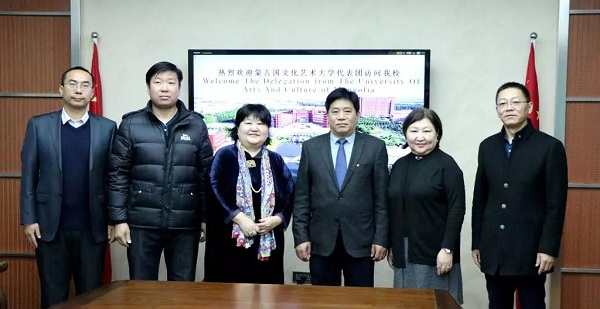