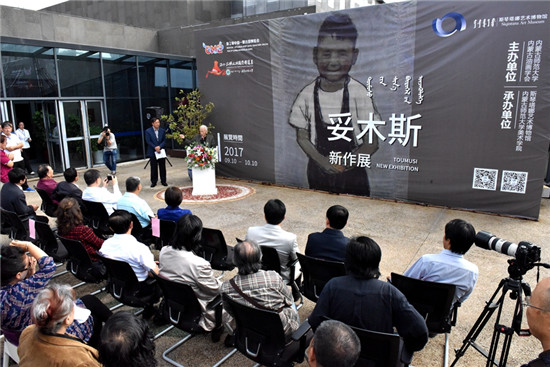 Co-organized by Inner Mongolia Normal University and the Inner Mongolia Oil Painting Association, an oil painting exhibition of Tuomusi was launched at Siqintana Art Museum on September 10 during the 2nd China-Mongolia expo and the 2017 Silk Road International Naadam Festival. 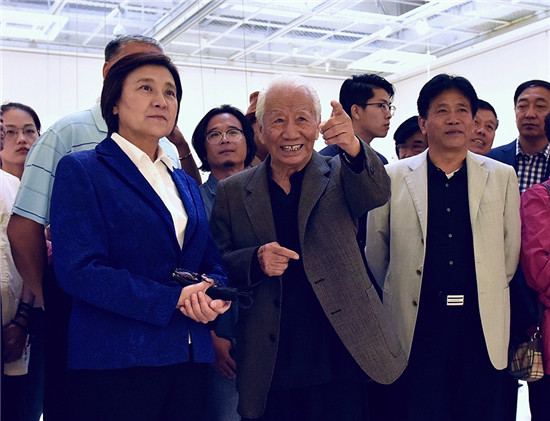 Among guests attending the opening ceremony were Bu Xiaolin, chairwoman of the autonomous region government, Tuomusi, a renowned oil painter and professor of Inner Mongolia Normal University, Bao Zhenyu, secretary-general of the general office of the people's government of the autonomous region, Yun Guohong, president of Inner Mongolia Normal University. 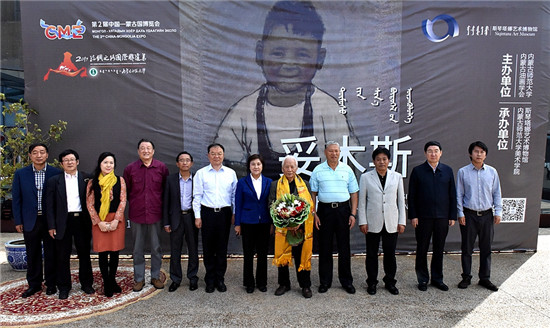 During his speech at the opening ceremony, Yun noted that in the early 1960s, Tuo Musi returned to his hometown and taught at Inner Mongolia Normal University after years of studying at the Central Academy of Fine Arts. Tuo Musi has nurtured a large number of top artists and witnessed the remarkable progress of art education at the university over the past 60 years. The university established the "Tuo Musi oil painting studio" in his honor and appointed him honorary dean of the school's national art college. 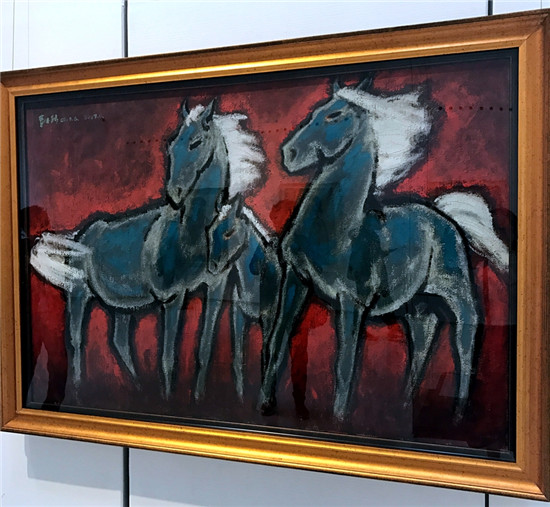 The university is currently focused on art education and trying to build a platform for its development. Holding a Tuo Musi exhibition on the 63th anniversary of the university's art education program will introduce Tuo Musi's spirit to more art students and encourage them to contribute to the development of Inner Mongolia's oil painting career.

After the opening ceremony, Bu Xiaolin visited the exhibition accompanied by Tuo Musi and Yun Guohong.